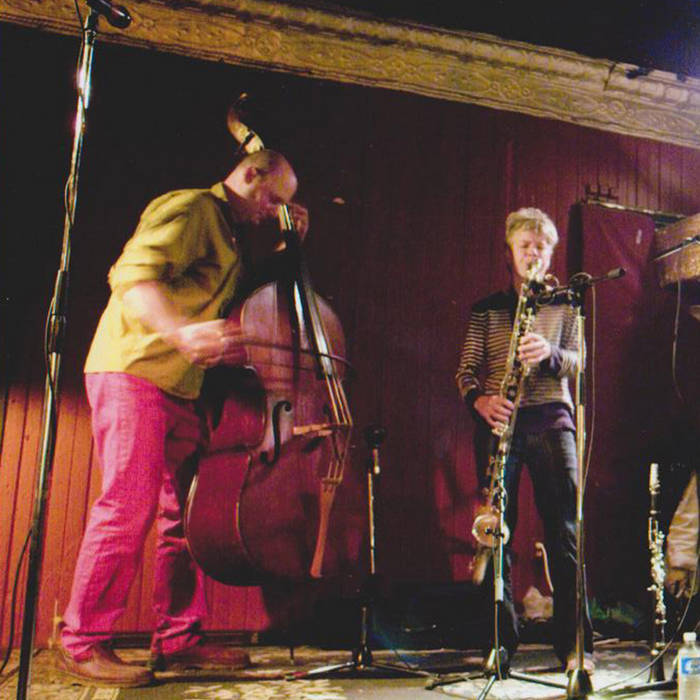 The Casa del Popolo officially opened its door in September 2000. It soon established itself as one of the most important venues in Montréal for improvised music, free jazz, musique actuelle, experimental music, etc. It gave an incredible boost to the scene, which was suddenly bursting with new initiatives and new faces.

One of those new protagonists was Lori Freedman. She moved to Montréal in September of 2001. I remember the late John Heward telling me that she had moved to town and that she might sit in for the second set at an upcoming concert. I must admit that the young me, who had been listening to improvised music for five or six years at that point and who, thanks to the Casa del Popolo, was progressively acquainting himself with improvisors from Montréal and abroad, did not know who she was. However, the way John talked about her, it seemed like I should have already been aware.

I believe that this concert of March 2002 was the first time I got to hear Lori Freedman. As to Nicolas Caloia, it was the 8th time I was seeing him play live.

While I do remember the concert taking place, I must admit that I do not have many memories of it. Like many concerts of improvised music, it consisted of two sets. Listening back to the recording, the first was, as one often says, correct. That is, without being bad, it was not especially memorable either. Nevertheless, it struck me how Freedman is immediately recognizable. The sound of the bass clarinet, the unique approach to melodies, the sudden burst of dynamics; it is just her.

The second set opened with a double bass solo that was followed by the two improvisations that make up this release. At some point during the first of these two improvisations, I could not help but to say to myself: there it is, things have fallen into place and something is happening! The audience members present at Casa del Popolo on that evening of March 2002 must have realized it too for they enthusiastically applauded at the end of each of the two pieces.

After this first meeting, Freedman and Caloia played sporadically, if at all, as a duo. Indeed, the next concert of theirs that I attended was in May 2009 (available as L’Envers 2009). However, they played together in FReC, a trio with percussionist Danielle Palardy Roger, and in various ad-hoc formations. The more attentive follower of the Montréal scene could also name Lori and the Blue Mangos, a quartet with guitarist Bernard Falaise and drummer Michel F Côté, (is it wierd to only name 3 members of a 4tet) whose outings are few and far between – one concert in April 2002 and another one in December 2011.

Since 2009 though, they have played on a more regular basis with roughly one concert in Montréal each year. In 2012, they named their duo Mercury. This can be construed as a sign that they saw their duo as a working project and that they intended to keep it active for the foreseeable future. Considering Mercury is still going strong more than 18 years later, the audience at Casa del Popolo was not the only one to notice that something was happened during these two improvisations.
Mathieu Bélanger