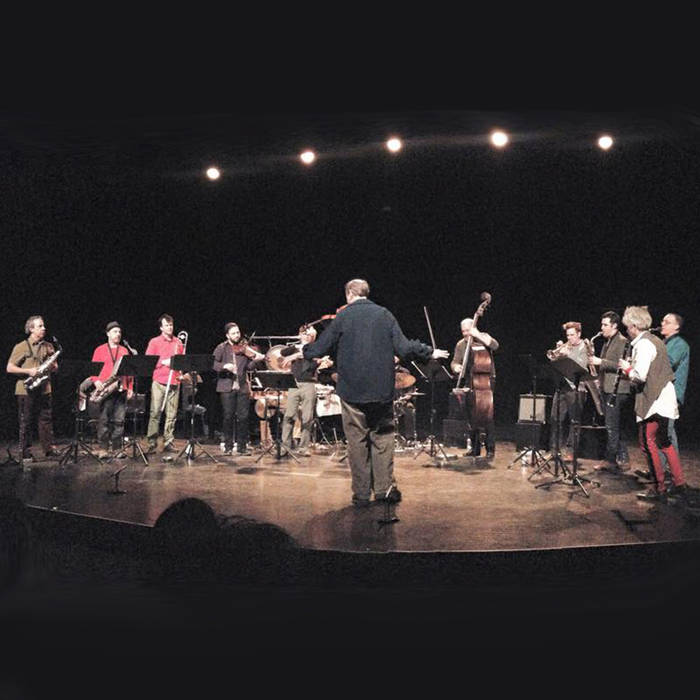 Orchestras of our time

From a historical perspective, jazz orchestras gravitate between two poles, one where players are subservient to a composer’s vision, like classical music, and the other where the players are given greater latitude in shaping the music. Bassist Nicolas Caloia clearly embraces the latter as leader of the Ratchet Orchestra. For one, he is not that keen on having musicians glued to charts, preferring instead to let them fill in the spaces by either improvising collectively or giving them cues to work with. Also different is his way of structuring the group, not in typical big band instrumental sections, but rather in sub-bands, a fact possibly related to his own training in classical music rather than jazz. He divides the group, which interestingly enough comprises a couple of non-readers, into four units of mixed instrumentation, juxtaposing reeds, brass, strings and percussion in variant combinations.

This newly released album is a striking departure from its two predecessors. For starters, Caloia has delegated his ‘composer’ responsibilities to violinist Malcolm Goldstein. An acknowledged figure in the American (and international) contemporary music community, Goldstein is a foremost authority on the music of John Cage and Charles Ives, dedicating one of the six pieces included in this set (“In Search of Tone Roads 2”) to the latter. The disc opens with a solo violin piece after which the orchestra is heard in different combination, the last one, and title cut of the album, woven around South-African rhythms and melodies. Clearly, the Ratchet Orchestra has taken a marked step away from the jazz tradition, but in so doing it asserts itself as a creative music orchestra beyond category.
Marc Chénard - APRIL 2016